How Much Is That $

Western film genres have been there for a very long time, and they are also flexible and very enduring. Although they were very popular in 1930s and 1960s, they were vaguely absent in the 70s and 80s, but they have resurged from the 90s and in modern film sets. Western film art form centers on the western frontier that was there in Northern America in the last century of the 19th century which is between 1865 and 1900 following the renowned civil war of that period. Western film setting was based in a geographical western part which is trans-Mississippi and featured themes such as romance and took place in a rugged rural terrain or extensive frontier landscapes.

The Western film set consists of iconic elements such as the small frontier town or small-town main street that form at the edges of civilization, isolated homestead and forts, the livery stable, the saloon, ranch houses and the jail. Other noteworthy elements are native American villages or sites, cattle drives and long-horned cattle, buckskins and bandannas, lassos, saddles, hanging trees, prostitutes (or madams), canteens, gamblers, and stagecoaches. It is also common to see a cowboy with a favoured horse in any western movie set.

There are several film locations wanted by production houses in Canada that offer the entire western movie set features that are mentioned above. These locations are ideal for any western plots in which their common central plot includes the objective of maintaining law and order on the frontier that involves a fast-paced action story and classic setting. The western film set is customarily rooted in archetypal conflicts such as social law and order vs. anarchy, law enforcers vs. gunslinger, the community vs. rugged industrialist, villains vs. heroes and new arrivals vs. native Americans. Mostly, the movie set ends with a triumph where the western hero destroys his opposite evil side or the bad guy.

Typical notable scenes that are common in western movie set include hostile elements such as gun fights, bank or train robberies, showdowns and shootouts, cattle rustling and drives, open landscapes and sometimes human massacres. The characters in the western film set are mostly Native Americans as well as the new comers. The clothing in these movie sets is jeans, denim, boots and other attires that were common during the 19th century.

The heroes in the western movie sets are mostly individuals with honorable attitudes and principles, courageous, solid, tough, maverick characters mostly with trusty sidekicks and self-sufficient. These heroes are often cowboys, law enforcers, territorial marshals, ranchers or skilled gun fighters. In these sets, it is also common to see the heroes stand alone in any danger against the outlaws and display expert physical skills such as gun-play, roping, pioneering abilities or skillful horse-handling. Other characters apart from the heroes, outlaws, and Native Americans include mounted cavalry, townsfolk, bounty hunters, settlers, and bandits.

There are several western film sets in Canada that provide an exciting experience for the characters, set movie producers, and the viewers as well. The film locations such as CL Western Town and any other film locations wanted by the western movie set producers offer an exact setting like the ones depicted in the 19th-century settings. Additionally, the varying weather in most parts of the Canada provides an excellent setting for a western film set. The budget or the cost shooting a western movie set is also the reason why the Canada film locations are the ideal choice for most western movie production house and movie producers. Another noteworthy element is the influence of Japanese Samurai genre in the western film set both in style and themes including the hostility, and the clothes worn by the characters in the set. 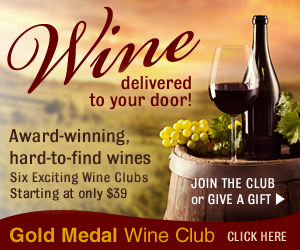